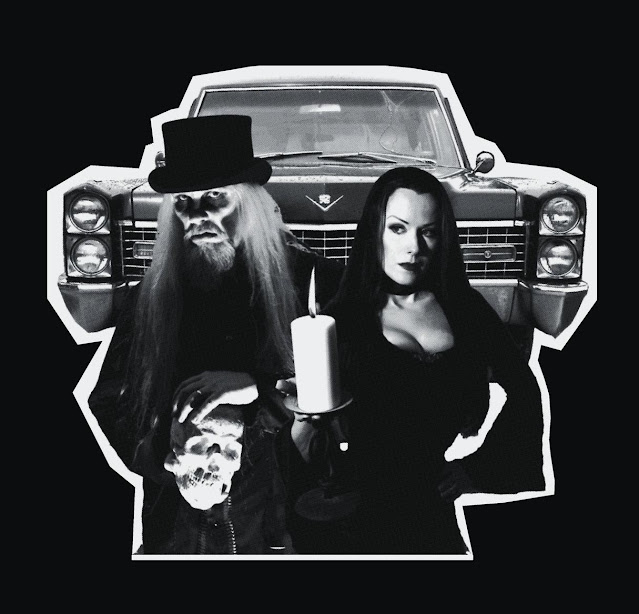 While it doesn’t stray too dangerously far from the sound listeners have grown to infectiously adore, the band’s latest full-length explores yet uncharted territory: retro-ized horror punk in all its gritty glory. This beastly record shouldn’t be confused as an all new direction for the band, though – these songs are a pandemic lockdown labor of love, a temporary foray into the unknown, while still remaining true to the BLOODY HAMMERS sonic trademark.

Get a first listen for yourself, but beware – you’ve never heard BLOODY HAMMERS like this! Today, the band has unveiled an inventive new music video for their first single, “A Night To Dismember” – a dark, swinging, hefty punk two-stepper with an earworm chorus that’ll have fans chanting along in no time.

Frontman/multi-instrumentalist Anders Manga says about the track: "I've had the title, ‘A Night to Dismember’ written down on my to-do list for a long time. The title is based on the 1980’s direct-to-VHS Horror effort by NYC Exploitation movie legend Doris Wishman. When I heard Samantha Fox, who starred in that same movie, had died in April (2020) from a COVID-19 related illness, I just started writing and it’s a bit of a blur from there. It came together quickly. Our take on the title is different but still stands as a tribute to those two legendary ladies of celluloid sleaze. We love this track!"

"Considering the title of the song, we thought of many different ways to go about making this video. In the end we decided to go more toward the absurd. As Spinal Tap said, there is a fine line between stupid and clever, and we are standing firmly on that line." 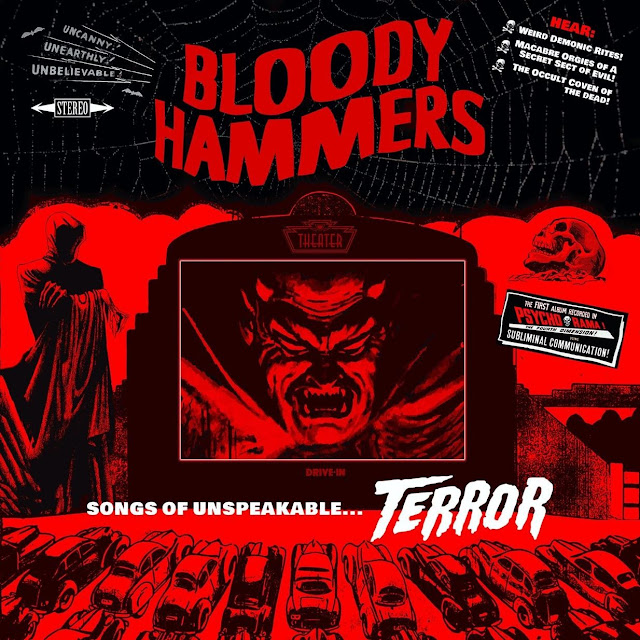 At the start of 2020, Anders Manga was about to head out on tour for his darkwave side-project when COVID-19 hit. Soon locked in their house under local stay-at-home orders, Manga and his bride and bandmate, Devallia, spent time jamming in their basement and revisiting some of their classic punk favorites. Holed up and barred from the uncertainty of the world, BLOODY HAMMERS conjured 11 new raw-power tracks inspired by that sound, and now they’re unearthed… from the grave!

Anders Manga says about the album:

“When the pandemic hit and I realized I’d be stuck at home for a while, I started thinking I needed to dig into a music project. I was oddly inspired by the unknown, and fear that this plague was gonna wipe us all out. I needed a creative escape. We’d just released the BLOODY HAMMERS album, ‘The Summoning’ a few months earlier, so I didn’t think about doing another Hammers album at all. When COVID was really hitting NYC hard, that got me thinking about my favorite bands from that whole NY/NJ area… Misfits, Ramones, Dead Boys, Wendy O. Williams/Plasmatics, The Voluptuous Horror of Karen Black, Twisted Sister and such. That’s where I found inspiration to do a horror punk-ish record.

I sent a few songs to my label, Napalm Records, mentioning that I’d done some horror punk-ish inspired stuff and wanted to release them digitally under some new band name I’d yet to think up. They loved the songs, felt they’d still fit under the BLOODY HAMMERS name, and I figured, ‘Well… cool, I guess our listeners are used to us being a bit genre-fluid by now, so yeah… let’s do it!’

For me, writing Songs of Unspeakable Terror was escapism from the real-life horrors of 2020. At no point did I get too serious in subject matter, my goal was to make a party record for the apocalypse and that’s what I think we got.”

Kicking off with first single and album opener “A Night To Dismember”, the album careens the listener down a dark, winding auditory road of melodic punk (in a jet-black classic car, of course). Trudging, metallic terrors like “Hands Of The Ripper” and “Witchfinder General” ensnare the listener, while seductive, unrelentingly heavy tracks such as “Not Of This Earth” will have them screaming for more, and head-bobbers like “The Ones Who Own The Dark” prove this offering isn’t short on melody. Laced with spine-tingling vocal lines, bathed in an occult cocktail of granular guitars and accented by a peppering of vintage Mellotron, each track on Songs Of Unspeakable Terror is a bonafide horror punk pillar.